Chorleywood Community Orchard was launched in late 2008 as an exciting new community project to be enjoyed by everyone – local people, visitors to the area and wildlife. In February 2009, volunteers planted the first 24 apple trees in the beautiful surroundings of Chorleywood House Estate, a local nature reserve in south-west Hertfordshire. The Orchard is home to 140 fruit trees, a mix of apples, plums and cherries, all carefully chosen either because they are old Hertfordshire varieties or are known to thrive locally.

Old maps show that Chorleywood was once home to many apple and cherry orchards, including one on the site of the new orchard. From the start of the twentieth century, however, these beautiful traditional landscapes declined as many were neglected and eventually lost to the wild. There is now, however, a growing movement to rediscover the lost pleasure of local fruit varieties and the orchards in which they grew. Common Ground, an organisation dedicated to promoting the planting of new orchards and the re-establishment of abandoned orchards throughout England, says there are already more than 300 community orchards in the UK run by and for local people.

Bushey Grove, Lane’s Prince Albert, Brownlees’ Russet and Hormead Pearmain are a few of the many Hertfordshire apple varieties we have planted in the Orchard. Other local varieties include Feltham Beauty, Langley Pippin, Gascoyne’s Scarlet and the fondly remembered Blenheim Orange. You may never have heard of some, and certainly won’t encounter them in the supermarkets, but they are delicious eaters or scrumptious cookers all with their own distinctive character. To see the full list of trees in the Orchard just click on the Tree varieties 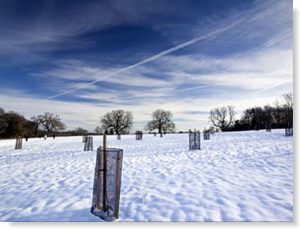 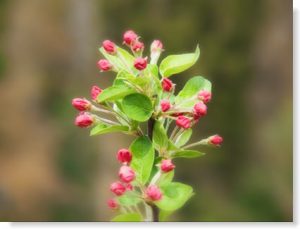 Working parties are held as and when needed from 10am to about Noon on the first Saturday of each month.

Click here and email us to be kept informed.